The Real Nymphs and Shepherds

Victoria Wood wrote the musical That Day We Sang in 2011 for the Manchester International Festival. The story is about two members of the Manchester School-Children's Choir who sang in 1929 and who fall in love (eventually) after the 1969 choir reunion.

She adapted it for BBC Two last year for an Endor Productions TV film starring Imelda Staunton and Michael Ball. That Day We Sang was broadcast on BBC Two on Boxing Day, trailed by a fascinating making-of documentary. You've still got three weeks to watch them if you missed out. Since Christmas we've had a lot of family history enquiries about the film. So here's a bit of background. You can skip to the bottom if you're looking for the name of a choir member.

The Choir consisted of 60 boys and 190 girls, aged 9 to 14, drawn from 50 schools (mainly `central') all over Manchester. The choir was predominantly working-class since those children whose parents could afford musical instruments and music lessons went into the school children's orchestra. The children were taught to sing phonetically to erase local dialect.

This photograph is unique in that it records the only collaboration between the universally renowned orchestra and a choir of 250 working class school children lacking conventional musical training. Grammar School pupils were assumed to have no time to spare for non-academic endeavours such as this, which required two evenings a week rehearsal throughout the whole academic year. As the prints cost 5/- each at the time, the children, given their background, could not afford copies (only six of the 180 members contacted in 1975 held a copy. The photograph was arranged spontaneously, thus the children are not in concert dress, but dressed in school uniform or evening clothes and they are out of formation; it is the first photograph of any sort of the choir.

The photograph shows the old Free Trade Hall, before the interior was destroyed during the bombing of 1940-41. The orchestra consists entirely of men. The conductor Hamilton Harty insisted that during the depression women were not to be employed as they might be taking a place that a man, then often the bread-winner of a family, could fulfil.

The adults on the photograph are: left foreground, left background and centre middle - Registrars from Manchester Education Committee; centre foreground - Walter Carroll (Music Advisor to Manchester Education Committee, 1923-1935, the first such appointment made in the Country), Gertrude Riall (Carroll's assistant), and Hamilton Harty (Conductor of the Hallé Orchestra); right middle - Edna Jamieson (Accompaniest to the choir); the remainder are members of the Hallé Orchestra. Here is the view the children would have had from the stage. 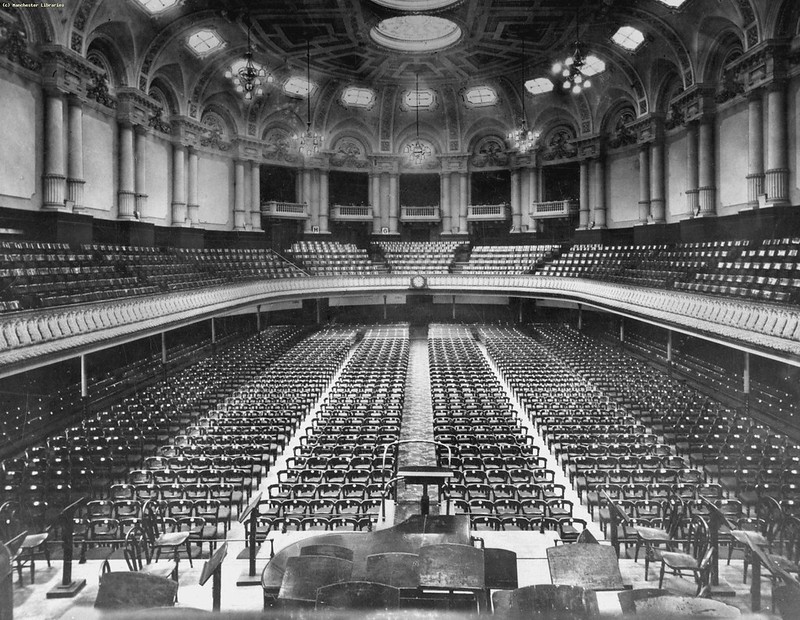 The Manchester School-Children's choir existed from 1925 to 1939 and grew out of the combined choirs (from 3, 4, or 5 schools and consisting of about 50 choristers) which, starting in 1923 gave concerts - usually in local Town Halls - during Civic Week. The concert with the Hallé lasted from 1929 until Walter Carroll's retirement in 1935.

And now for the most important bit. Here are the names of the nymphs (girls) and shepherds (boys) who were recorded that day in 1929 in alphabetical order, and who took part in the final choir reunion in June 1989. The names are taken from the gold disc produced by Columbia Records to mark the reunion.

If your family member isn't listed below it doesn't necessarily mean they weren't part of the Manchester Schools Choir. The choir ran from 1925 to 1939 so the children who sang that day in 1929 represent a tiny proportion of the children involved over the life of the choir. And many nymphs (64 of 190) and shepherds (31 of 60) did not make it along to the final reunion 60 years later. 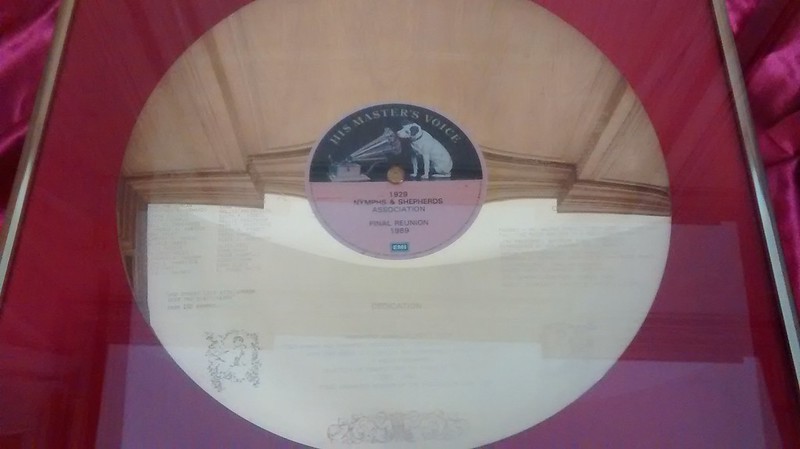 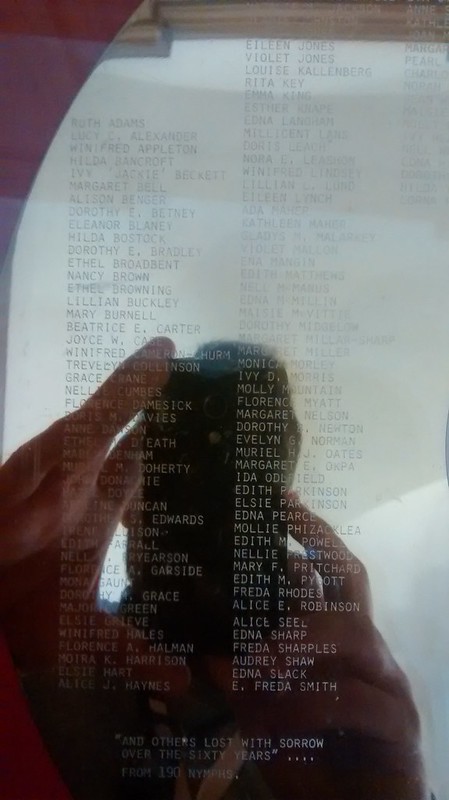 Thanks to Helen Brealey for typing up this list. The gold disc is on display in the Henry Watson Music Library on the first floor of Manchester Central Library. And here are the 2011 choir members, just for the record! 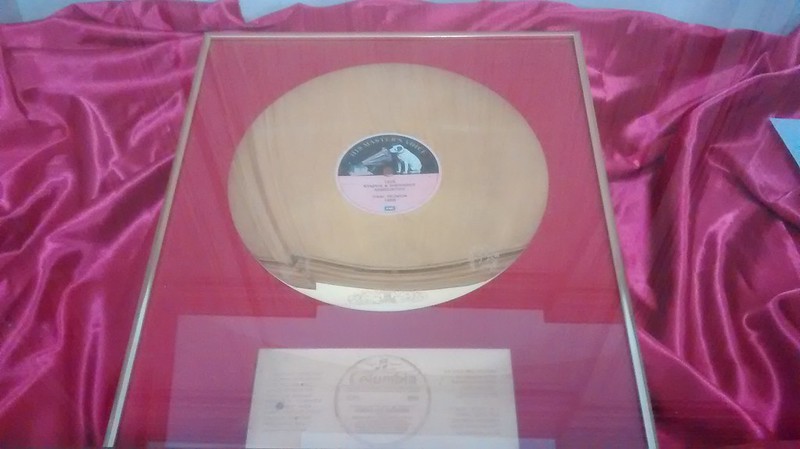