One hundred years ago a group of Manchester women signed an open letter to the women of Germany and Austria sending their solemn greetings and declaring that they wished for peace. 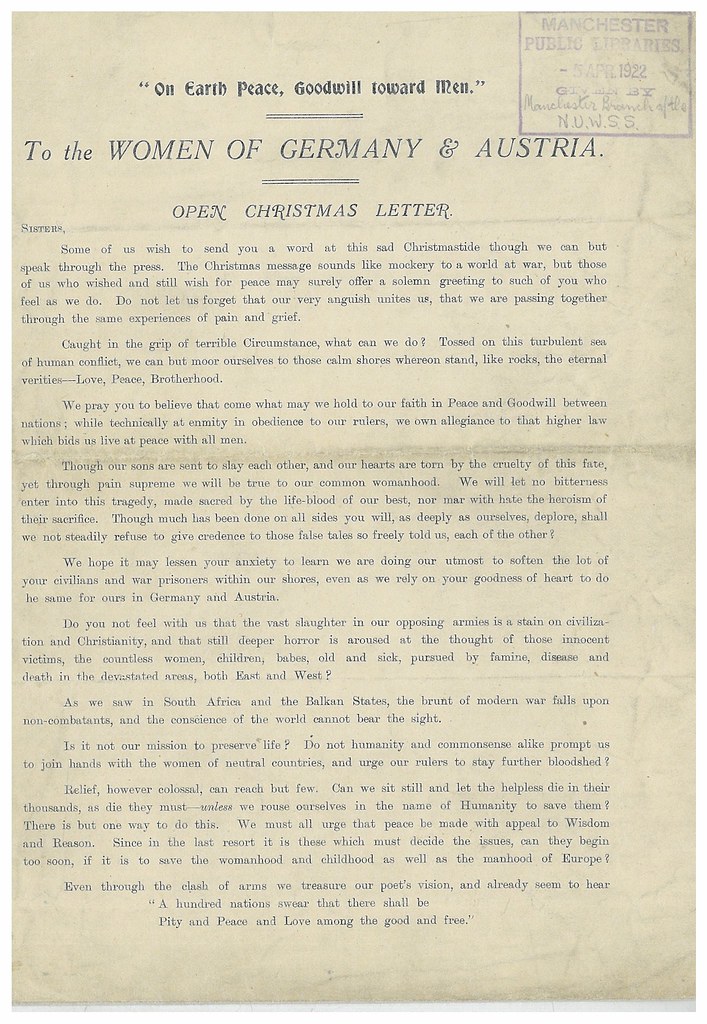 They received warm and heartfelt thanks from the German and Austrian women. The letter is an important part of the international women's movement for peace.

Dr Alison Ronan presented an illustrated talk on the letter, its historical context and the stories of women who signed it at Manchester Central Library in January. A digital copy of the document and an interactive display telling the story of the women who signed it is on display in Archives+. 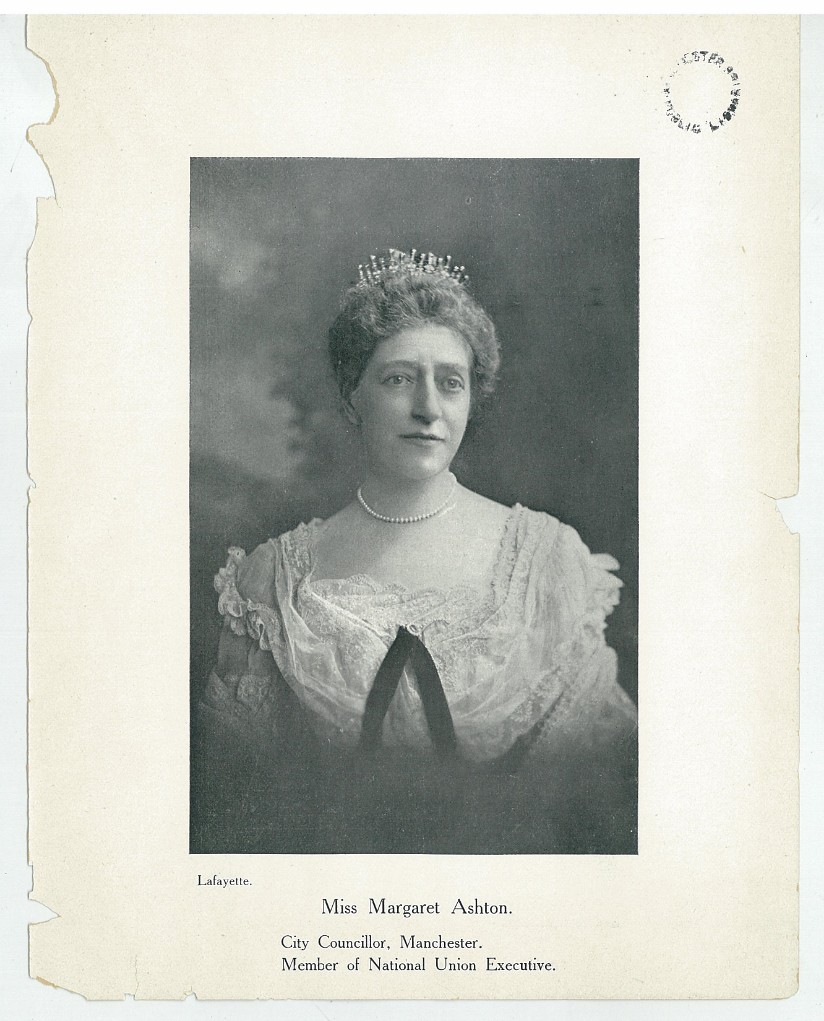 One of the many women who signed the letter was Margaret Ashton (1856-1937). She was the first woman councillor for Manchester, elected in 1908. She was a non-militant suffragist and a staunch supporter of women’s rights. She worked tirelessly for the peace movement nationally and internationally and was a well-known speaker on public platforms across the country.

Dr Ronan and Sue Reddish made this short film with the help of young women in Manchester to explain the relevance of Margaret Ashton and her contemporaries today.

Look out for more events at Central Library on Manchester's radical feminists as part of the Wonder Women Manchester festival in March.